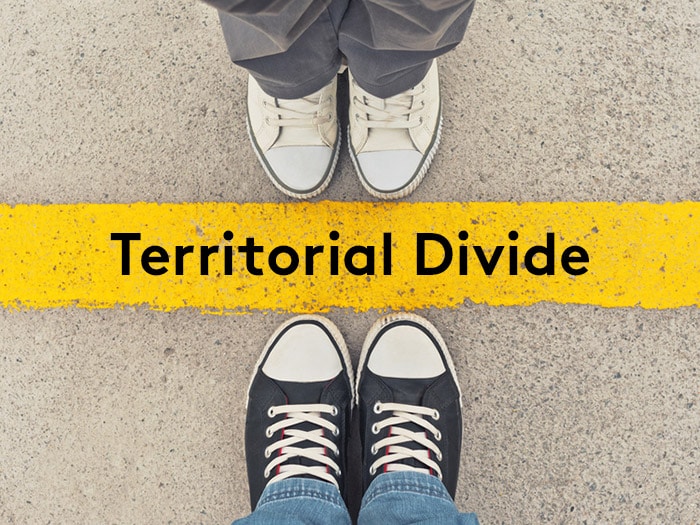 Two parties use the same mark, but neither registers? Who wins?

In a dispute between two users of the mark THREE PALMS for hotels that began in Scottsdale, AZ and the other in Florida, a legal mess erupted, when both of whom failed to register a trademark before starting in business. Which THREE PALMS hotel has the rights to expand into the rest of U.S?

The 2013 Trademark Trial and Appeal Board case in Three Palms gave 49 of 50 states to the junior user. The moral of this story: Look what happens when two users of the same mark fail to promptly register (not a good move!). Transcript follows.

Cheryl: I was sharing with you a client situation where one came up. It’s not quite as commonplace but it still turned into an issue because of territorial rights. You mentioned earlier the issue of the Internet. One example that came to mind for me, I happened to have purchased a camera from a New York camera store where they ship, or I recently purchased something from Alltrec in Oregon which is a fabulous outdoor store. They’re not a nationwide chain. They’re not in multiple states from a physical location but they have a huge Internet presence. They ship all over the United States. They have a Web site that’s very interactive. They have shopping carts. It really is as big as looking at a Barney’s or a Saks Fifth Avenue online. They have thousands of pieces of merchandise. Almost every item that’s in the physical store is in the online store, or a good portion of it. That raises the question of what are their territorial rights and what impact does distribution of products over the Internet have for purposes of establishing trademark rights?

Bill: That’s a very difficult issue. Actually, interestingly enough considering how long the Internet has been around now, 10, 15 years at least with a lot of sales, maybe a little bit more, there has not been any crystal clear resolution to this in the courts. The courts have danced around the issue, looked at the specifics of the situation but the Three Palms case we were talking about.

Bill: I’m not sure I actually agree with the decision. The court disregarded the fact, this is hotels, that hotels are booked by people nationwide on national sites like Trip Advisor and Expedia. Expedia will list all the hotels right next to each other. If you say, “I want to go to a hotel in Scottsdale, Arizona,” it will give you all the Scottsdale hotels. I don’t know if it was rightfully decided. Do you want to talk about the facts?

Cheryl: It was an interesting fact pattern because it goes back to an example of what we were just discussing which is we had a senior user, the first to adopt and use the mark Three Palms in Scottsdale for a hotel. He didn’t register right away.

Bill: I don’t know if he ever tried. He might have finally filed after the controversy started.

Cheryl: It was maybe 2002, fairly recently in the history of things. Then about four years later, there were some folks in Florida who adopted and started using it. They also started licensing the name and franchising. Interestingly enough, they were still only in six states. It wasn’t as if they’d gone nationwide. They were only six states as of the date.

Bill: One of them being California which is fairly close to Arizona I guess. To me, people book hotels online a lot, mostly. In the old days, you saw an ad in the paper, your friend told you, “Oh, there’s a great hotel.” “I’m going to Scottsdale, where should I go?” “There’s a great hotel called the Three Palms,” and you looked it up in the phone book or whatever.

Cheryl: Now you type it in the Google search.

Bill: Exactly. It’s completely different now. You don’t go to someplace because somebody told you about it or you saw an ad about it, or it’s in the phone book. You look online on Google, Expedia, or Trip Advisor. You’re going to see Three Palms. You’re going to see the other Three Palms hotels in these other six states. You might think they’re connected. I think the average person could easily think they’re connected. The decision didn’t say anything about one was a very fancy, expensive hotel versus a little motel. That might be a distinction but I didn’t see anything in there about that. It was a registration decision.

Cheryl: Also, just to clarify, this is not a case where they were nesisarily suing each other for stealing the name. They were suing for what’s called the concurrent use registration, which is the right to divide up the United States and who got what states.

Bill: The late-coming Florida people wanted the entire United States except for Arizona.

Cheryl: They got 49 states. They won.

Bill: The Arizona guy said, “Wait a minute. I have people coming from all over the country to my hotel.” The problem was, some of his testimony was incredible. That often is the end result of these cases, based on credibility. He seemed to have this sort of thing about, “I’ve been thinking about going out. I’ve made all these bids to buy other hotels.” The tribunal didn’t buy it. They really didn’t. That hurt him somewhat. I don’t know. I still think in that particular arena of hotels which people come to nationally, restaurants, you don’t necessarily go someplace to eat in a restaurant.

Cheryl: What about a physical product? In the case I was telling you, let’s say wine. If you have something that’s distributed physically, it’s not a service as opposed to going to a restaurant.

Bill: If you can get something on Amazon, you can get it in every state, even though you may just make your products in one state. The Internet allows you to sell to people in all 50 states, let alone internationally.

Cheryl: That’s what’s interesting to me about this Three Palms case, the fact that they were talking about what they called the virgin territories. In other words, there’s the territory where the first user was in Scottsdale, the state of Arizona. Then there was the six states in which the junior user came into. Then it raised the question who had the right, or did the second company have the right to continue expansion, and also lay claim to the rest of the United States, despite there was this senior user. That was really the bit of an interesting part of the decision because they actually used language saying that the senior person, because he hadn’t really made sincere efforts, or they didn’t believe the evidence he put on as to intent to expand around the United States, that he had abandoned the right to do so basically.