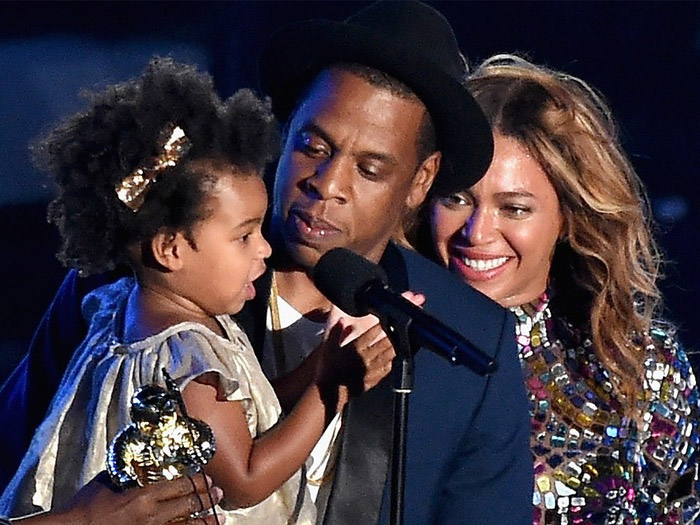 Cheryl & Bill contemplate the plight of new born BLUE IVY when her name got poached!

Blue Ivy Carter found herself the subject of trademark applications to register her name, almost from the day she was born. The only problem was, Beyonce and Jay-Z were busy being happy parents to the new arrival. So their lawyers intervened.

Cheryl: We were talking earlier about an interesting one in the entertainment field relating to the name of Beyonce’s baby.

Bill: It was Blue Ivy. When they announced the name of the baby, Blue Ivy Carter I guess is his actual name, several entrepreneurial people filed trademark applications for Blue Ivy for a whole variety of things. Then Jay-Z and Beyonce formed a company. I think the baby was born on January 7th, 2012. They didn’t file their application until January 26th. They were busy. They had a few things to do. They had to get the baby home, decorate the room, and do all sorts of things, and stay up all night.

Cheryl: They weren’t focused on trademarks.

Bill: Then about three weeks later, at some point, they realized they had better file a trademark application. In between, at least two other people had filed trademark applications for Blue Ivy for a whole variety of clothing, baby goods, etc. One of the excuses these people gave was, “I was going to pitch Jay-Z. I have a friend of a friend of a friend who knows Jay-Z. I wanted to get the rights on file and protect him.”

Cheryl: We’ve all heard that story, especially with domain names.

Bill: “I was just doing it for you!” Luckily, the trademark office took the early-on position that because these applications would be a false association with a famous person, namely Blue Ivy Carter, they immediately bounced those two applications even though they were filed prior to the Beyonce/Jay-Z application.

Bill: It is somewhat unusual. Usually, first in time has priority but in this instance, it was so obvious, the office took this false association position right away and knocked them out. The flip side of it, and getting back to our discussion about the use of ordinary dictionary words, obviously they named their kid Blue Ivy for personal reasons if you will but there were two or three other people already in businesses in this country with the name Blue Ivy who had filed and started using years ago, a retail store in Wisconsin, and a woman who I believe was in Connecticut with an event planning business, wedding planning and whatnot. They both felt Blue Ivy were nice names for their businesses.

Cheryl: Maybe she can plan the wedding in a few years.

Bill: Then the situation, these people have prior rights in those categories. They theoretically, even though Jay-Z and Beyonce had no intention to rip them off in any way, their adoption of Blue Ivy as their baby’s name was completely coincidental and personal, they theoretically now have a problem because they don’t have priority. The wedding planner and the retail store have priority to them in those categories. That’s something we can talk about too.