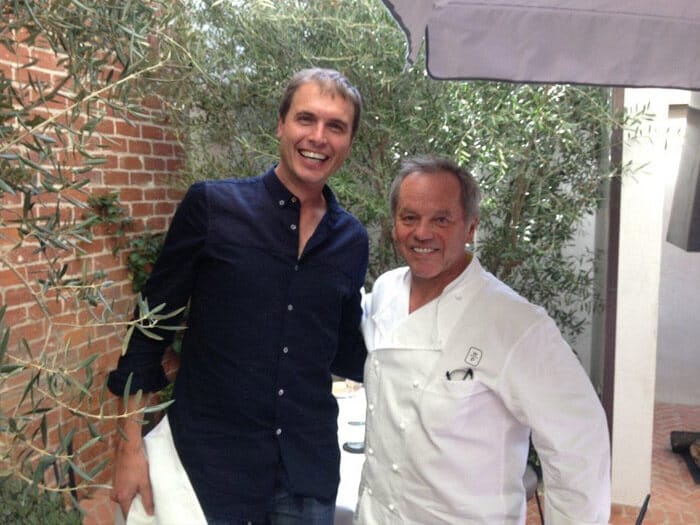 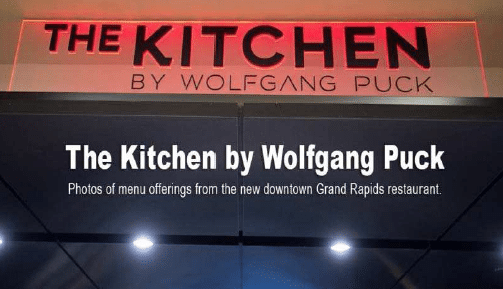 Kitchen Café’s founder, Chef Kimbal Musk launched his first restaurant called THE KITCHEN in Boulder in 2004. Since that time, Musk has opened three other Kitchen Restaurants in Denver, Fort Collins and Chicago, with another opening soon in Memphis. Musk has extended the use of the term “Kitchen” to open THE KITCHEN NEXT DOOR in Denver and Glendale, CA, and THE KITCHEN UPSTAIRS in Boulder.

Kimbal also created THE KITCHEN COMMUNITY, a non-profit that has built over 250 Learning Gardens in schools and communities across America and has raised tens of millions of dollars. The organization works to teach children and families about growing their own food nutrition, healthy eating, lifestyle choices and the environment. A $1 million dollar grant from Chicago Mayer Rahm Emanual in 2012 has allowed the creation of 100 Learning Gardens in Chicago city schools.

The Sauce in the Kitchen Thickens

Musk’s opposition alleges that he was invited to Spago in 2012 to meet Puck for lunch and discuss their respective restaurant interests and experiences. During the lunch, Musk discussed his plans for expanding his various “Kitchen” restaurants. The suit even includes a photo of the two chefs together at the Spago lunch.

One can’t blame Musk for being upset at Wolfgang’s seeming calloused indifference to his prior, long-time use of the term. Still, the Café’s claim faces serious challenges. Unfortunately, it chose a weak brand name, one that is difficult to legally protected in the marketplace.

The case is a TM lawyer’s five-course tasting menu

I’ve written more times than I can shake a rolling pin at, that brand owners should avoid descriptive and weak terms as trademarks. I have opined incessantly about the importance of selecting a distinctive trademark. Conversely, there are the perils of choosing a weak or descriptive term.  Here are some of our articles that might give you lots of information:

5 Choices for a Trademark-Two are Really Bad
How to Choose a Good Trademark
A Strong Trademark is Memorable, and Never Descriptive
Why Are Pepsi and Apple Strong Brand Names?

New brand owners continue to choose such terms and then find themselves in the proverbial “pickle” when it’s time to enforce their rights against a third party.  In this case, the Café is immersed in a full jar of pickles. (Could be kosher, dill, or bread and butter–all the same in this case).

In its Notice of Opposition papers, Musk’s attorneys, the esteemed Colorado firm Holland and Hart, forgot to mention their client’s failed application to register THE KITCHEN. (Application Serial No. 85969508.) In 2011, the Café abandoned its efforts to register THE KITCHEN after the Trademark Office found confusion with an existing registration for DA KITCHEN and rejected arguments it filed to overcome the rejection.

That’s just the beginning. When Musk’s attorneys filed papers to overcome the rejection, they argued the word “kitchen” is a weak term for a trademark. They cited over 600 U.S. registrations for restaurant services containing the word “kitchen.” Kitchen Cafe Argument in 2011. The Holland and Hart argument to the Trademark Examiner in 2011 in support of its efforts to register THE KITCHEN is the same argument Wolfgang’s counsel will no doubt raise in defense of the action. A quote from the 2011 argument the Café made is shown here:

In the present case, the common term “kitchen” is regularly used to describe restaurant services. Therefore, consumers will likely look to the remaining differences in the marks to distinguish marks incorporating the term “kitchen.”
Against the backdrop of the crowded field of “kitchen” marks, and based on the remaining differences between Applicant’s mark and the Cited Mark, the marks are sufficiently dissimilar in commercial impression, sound, and appearance as to avoid any likelihood of confusion. The Kitchen Café’s Lawyers

To say this argument will come back to haunt them is like suggesting ice cream goes with apple pie. Puck’s counsel has filed a response in which the failed application is front and center in the defense. Wolfgang’s noted Los Angeles trademark attorneys, Joan and Chris Larkin, have also filed counterclaims based upon allegations that the word “kitchen” has become a synonym for the word “restaurant.” It’s an interesting argument and one worthy of note.

The Cafe filing points out that there are more than 300 registrations in which the registrants have disclaimed any rights to the word “kitchen” for restaurant services. Simply put, no one owns rights for “kitchen” for restaurant services unless it’s accompanied by a distinguishing word, and even then, the rights are somewhat limited.  Check out Wolfgang’s counter-claims.

The Café will have to spend some “dough” in an effort to prove THE KITCHEN alone has become famous and associated with the Boulder-based company. They need to prove the public associates “kitchen” with the Boulder group. It also has to overcome the fact that Puck’s marks contain distinguishing words combined with a weak commonly used term for restaurant services. Let’s face it, the U.S. restaurant marketplace is awash in kitchens. Not the ones in our own homes, but those, we Americans frequent to avoid doing the dishes.

One of these “Top Chefs” will end up in Hell’s Kitchen; the other will no doubt be crowned the “Iron Chef.” While it’s too soon to tell, I’m taking bets. Is anyone else interested?

Stay tuned for the next course. With these two fantastic chefs involved, it’s bound to be delicious.

PS Excuse the puns. This was just too fun to resist. Like a good side of truffle fries.