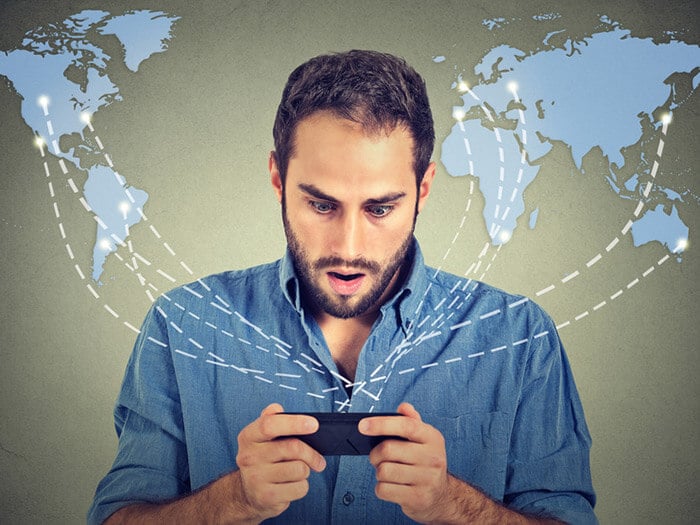 Brand owners selling in foreign markets, or with international distributors are well-served to understand the basics of international trademark registration, lest their brand disappear. Why is it so important? First, in foreign countries, the first to register is the owner of the rights, unlike the US where there are common law rights.

More than one successful US brand has waited too long to develop a plan for foreign protection, only to learn that a distributor or third party has already registered in one or more countries. As a result, the brand owner is locked out of that country with no rights. A great example of that is PINTEREST, which waited to file and found a prior business has a confusingly similar name that precluded their registration in the United Kingdom.

The rampant increase in the sale of online counterfeit goods on Amazon is but one example of how the a brand’s very existence can be threatened. International trademark registration can be vital to survival. It doesn’t solve the problem, but it’s an essential part of the solution.

In Amazon’s quest to be the low-cost provider of everything on the planet, the website has morphed into the world’s largest flea market — a chaotic, somewhat lawless, bazaar with unlimited inventory.CNBC

Once upon a time, a US trademark registration afforded a new brand owner the opportunity to open a brick and mortar store in one location, and have years to expand into other states. Those days are long gone.

Bricks and mortar stores have become “Bricks and Clicks.” Global distribution is now commonplace for brands with no physical locations. Many brands exist by clicks alone through online stores at sites like AMAZON. Amazon itself was originally a “clicks only” brand. Now, Amazon also serves as a distribution center for thousands of other online clicks only “store” brands around the world.

International trademark registration is not just about counterfeit goods. There are now hundreds of new generic top-level domains (gTLD’s) coming on board. Country-specific domain endings combined are another source of trademark infringement. When your own trademark finds its way into a domain name in a foreign country or one of the new generic top-level domains it can be a problem to shut down without that local registration. So just how do clients protect themselves?

Eric launched MUSIC SOUNDS using Facebook, giving away thousands of free samples of sounds from the library. This drove traffic to the company website where the full library of sounds could be purchased. While US sales were beyond his wildest expectations, purchases of MUSIC SOUNDS by buyers outside the US exceeded six figures within the first year. MUSIC SOUNDS needed protection in Europe almost immediately.

Then there’s our clothing brand client, FASHION THREADS, launched by two young women who had already built and sold one successful brand. This time around, they understood in advance the risks of foreign knock-offs. While they launched in the US, it would be several seasons before International distributors were in place. They wisely sought my help with International trademark registration in key markets, before their US brand name could be poached and registered by copycats in key foreign markets.

Performing an international trademark search can become quite costly when one is seeking to obtain a registered trademark in multiple countries. There are several ways to check that do not require a professional third-party search service:

WIPO (World Intellectual Property Organization oversees the Madrid Protocol filing system and provides a free database of trademark registrations in many countries. This is a great starting place to perform an international trademark search.

We can’t list all of the countries here. However, here are links to the trademark office databases for our neighbors, Canada, and Mexico. These are a good starting place for an international trademark search.

How to secure international trademark registration?

No matter how one chooses to register, just begin the process. There are benefits to and pitfalls to either method.

There are two key international trademark registration treaties. The first allows a US trademark owner to file an application directly into another country, using one of our expert foreign associates around the globe. Owners rely upon their US application or registration as a basis for the filing. The second allows filing for protection in foreign countries directly from the US Trademark Office under a more recent treaty known as the Madrid Protocol.

The Paris Convention dates back to 1883. In 1967 the United Nations created the World Intellectual Property Organization (WIPO) which administers this treaty. WIPO, based in Geneva, Switzerland is one of the least well-known, yet most important operating divisions of the United Nations.

For direct filings in a foreign country, we maintain a carefully selected network of expert foreign trademark law firms around the world who oversee and monitor our clients’ trademarks in each country.

Which is the best way to secure an international trademark registration?

The answer of course is, “It depends.”

First, there are still countries that have not yet joined the Madrid Protocol meaning a direct filing is the only option. Two holdouts have most recently joined including our friends in Mexico and Canada.

No matter what means of filing one chooses, it’s important to begin the process. There are benefits to both ways of filing, as well as some important pitfalls. Later in our series, we will examine the advantages and pitfalls of both direct filings, as well as the pitfalls of relying upon Madrid.

Before you file to register a name, review our Consumer Guide to Best Trademark Service to make a smart choice.