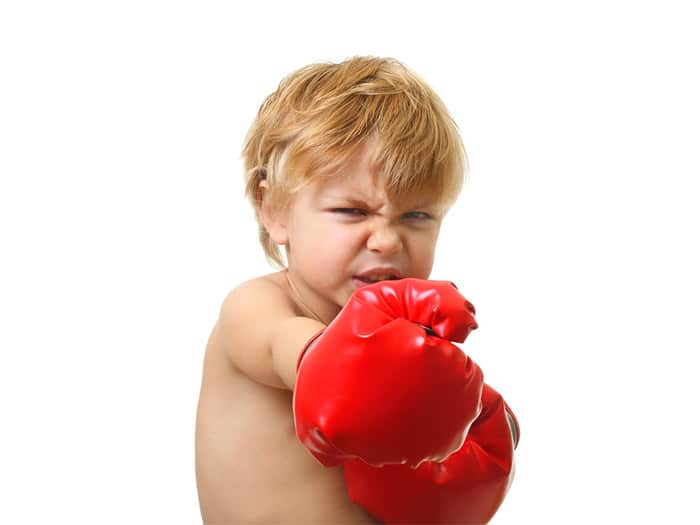 How to Spot an Internet Domain Bully

Talk of bullying is quite common these days. Most everyone but the bully would agree bullying another isn’t to be tolerated. Victims of schoolyard bullying are now afforded protection from unwarranted harassment and threats by fellow students. The Internet domain bully should be treated as any schoolyard bully.

The victim can defend himself, protecting rights in his domain by accurately identifying the bully and calling the bully out as a Reverse Domain Name Hijacker (“RDNH”). RDNH arises when a trademark owner uses the Uniform Domain Dispute Policy (“UDRP” or “the Rules”), to demand the transfer of a domain to which it has no legal right.

Paragraph 1 of the Rules defines a Reverse Domain Name Hijacker as someone “using the Policy in bad faith to attempt to deprive a registered domain-name holder of a domain name.”

Rights of the Trademark Owner

Trademark owners have the legal right to recover ownership of domains containing their trademarks from owners of offending domains. Owners of such domains are typically labeled as “cybersquatters.” Indeed, a large percentage of trademark owners asserting rights have valid claims against the registrant, and the legal right to assert those claims by way of action under the UDRP. The actions are typically filed before the World Intellectual Property Organization (“WIPO”) or the National Arbitration Forum.

The discussion does not end there, however, since not all third-party registrants of domains containing a trademark are cybersquatters. Some are innocent domain owners. How does one recognize the innocent?

What is an “Internet Domain Bully?”

An Internet Domain Bully is a trademark owner who demands transfer of ownership of a domain name despite the fact that it has been innocently acquired and maintained by the registrant owner.

Where the demand for the return of a domain is improper, the innocent registrant should advise the complaining owner of the facts in writing to help insure any UDRP complaint will be denied and the defense of RDNH properly preserved. Goldline International, Inc. v. Gold Line, WIPO Case No. D2000-1151. Whether a complainant should have appreciated at the outset that its complaint could not succeed will often be an important consideration in finding the complainant guilty of RDNH. Yell Limited v. Ultimate Search, WIPO Case No. D2005-0091.

How does one recognize an Internet Domain Bully?

To recognize the Internet domain bully, one must first recognize when a trademark owner is acting in good faith to assert a valid legal right. Without a valid legal right, the trademark owner may well be engaging in schoolyard-type bully tactics. Most if not all of the decisions finding evidence of RDH turn on the absence of evidence of bad faith on the part of the domain owner the third and most important element under Paragraph 4 of the Rules.

In order to successfully lay claim to ownership of a domain via a UDRP, the trademark owner must prove three elements:

In the situation in which a domain owner registered a domain prior to the date the trademark owner first established rights in the trademark upon which the claim is based a showing of bad faith is almost impossible.

The registrant of saveme.com had registered the domain in 1996, while the complainant first established trademark rights in 2000, some 14 years later. The domain was parked with a monetizing company, and its use was related to the descriptive meaning of the domain. The trademark owner’s attorney tried to purchase the domain for $50,000 but the offer was refused by the registrant as being too low. The Trademark owner filed a UDRP after the registrant refused to sell the domain.

In Jazeera Space Channel TV Station v. AJ Publishing aka Aljazeera Publishing, WIPO Case No. D2005-0309, the Panel held: “Allegations of reverse domain name hijacking have been upheld in circumstances where a respondent’s use of a domain name could not, under any fair interpretation of the facts, have constituted bad faith, and where a reasonable investigation would have revealed the weaknesses in any potential complaint under the Policy.”

Another example of an Internet domain bully involved the domain goldline.com. The owner owned a consulting services business, while the complainant trademark owner sold gold coins. The goods and services were not competitive. Further, the mark GOLDLINE was extremely weak since there were over 47 applications to register the term filed after the complaining trademark owner registered its own mark. The complaint was denied on the grounds there was no bad faith on the part of the domain owner.

Trademark owners often face the daunting task of dealing with trademark infringements by way of illegal domains and cybersquatting. Still, there are those domain owners who are not guilty of any wrongdoing. In those cases where the trademark owner acts as an Internet Domain Bully,  RDNH offers defense and protection against abuse by overzealous trademark owners.