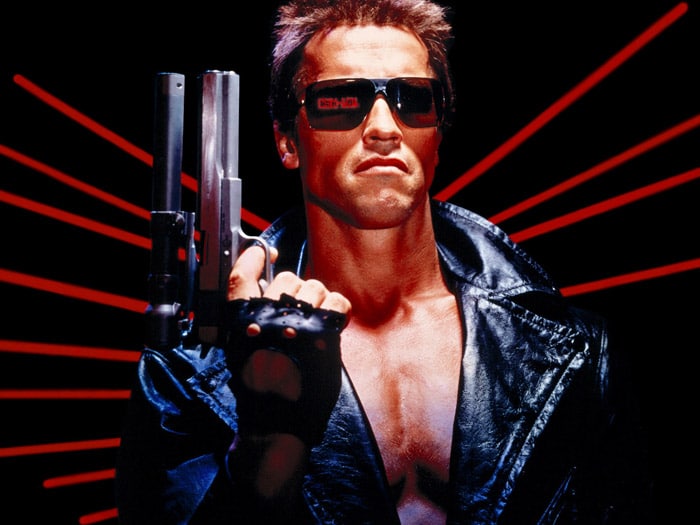 CH: Jonathan, the personal brand transcends what we actually do for a living.

JF: It should yes, absolutely.

CH: And it really relates to a quality of some sort. It could be something to do with a personal characteristic or something physically and it could be integrity, a personal character: we associate that for example with Colin Powell (integrity). Someone like Margaret Thatcher was known as “The Iron Lady.” What are some other examples you can think of?

JF: There’s Arnold Schwarzenegger, right, “The Terminator”. These brands have spent millions of dollars branding this individual, whether they’re in politics, in entertainment or what-have-you, to deliver on a very specific purpose and that’s what we all think of when we hear the person’s name – when we see the person’s name written – is that one word or phrase that describes them comes to mind. And now all of a sudden you have the promise as a professional. Before I ever sign on the dotted line to engage you formally, I have a pretty good idea as to what the result’s going to be before you ever start. That makes it a low-risk opportunity for me, which is better for me because I’m taking less of a risk in hiring you because you’ve done a really good job of positioning yourself as an expert in a specific area.

CH: It’s an interesting question, because I’ve seen this in my own personal practice with having had the privilege and the opportunity of representing people in the self-help and personal growth field over the last 10 years, and when I first started in that field I noticed that the clients were a little bit/almost uncomfortable with working with a lawyer. The very notion of having to deal with a lawyer…

CH: [Laughter]…and I found that I had to not modify what I did in terms of quality of work, but the way in which I approached them, or engaged with them, became a bit different, because they needed reassurance and comfort that I wasn’t going to go out and destroy the relationships with people they were trying to work with. I mean yes they needed a contract negotiated or they needed something dealt with dealing with their brand, but in the end they were really concerned with how did I phrase that, how did I approach that person and it raises an interesting growth period for me as a professional, to actually relate to those people.

JF: High achieving professionals would like nothing more than their target audience to want them because of their intellect, but what we find more often than not in cases of personal branding [and] in reputation management is people are drawn to you based on an emotional attraction. They already know you can handle the legal issue: that’s why they’re in the room sitting with you. What they’re more interested in is can I deal with you on a daily basis, will you return my phone calls in a timely manner, are you accessible when I need you? It’s those interpersonal relationship qualities that people are more interested in. In fact, the Harvard Business Review a little while ago did a study and they found that people who are likeable are more likely to get hired than those who only focus on their experience or their education, and I think what that tells all of us is the interpersonal relationship that we have with people, the emotional intelligence that we use as professionals is absolutely key, and possibly even more important than education and experience if we’re looking to get hired.

CH: Well what is something that an Attorney for example, or a CPA [can ask]: what can we as professionals do – and almost any service professional – to really focus in on a way to develop those relationships and that likeability? I mean, we’ve talked about the quality, but aside from a quality how do you push it out to the world so that they know that you exist?

JF: First you’ve got to be clear with what your message is. If you’re an Entertainment Attorney, you need your message to be even more specialised than just Entertainment Attorney. You’re an Entertainment Attorney for production companies within the music industry – I mean, really get specific. Once you’re clear on that, then the audience and the prospects that you go after are all of a sudden a much smaller pool than the entire entertainment industry, right? There are only so many production companies that specialise in music. That’s your target audience: those are the people that you’ve got to meet. So then the exercise is figuring out who are the people, how do I get in touch with them, how do I get a meeting with them, how do I start and foster a relationship.